A sad event got me thinking about how sometimes a small act can grow into something bigger. My friends's father, Frank Talarico, Sr., passed away this week. With his brother, he co-founded Luiggi's Pizzeria located in Lewiston, Maine, and for years he served as the general manager.

During his time working at the restaurant, he met many people, including regulars such as Sgt. Arthur Ferguson, or Fergy. When the officer expressed boredom with the menu, Frank offered to make him something special and created the The Fergy Special just for him. But, it didn't stay that way. It grew into a phenomenon as more and more people began ordering the sandwich until it was finally added to the menu becoming one of the most popular items, and a Lewiston institution. 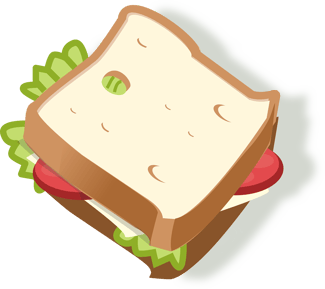 At the time, Frank probably didn't think much about something as simple as creating a new sandwich for a regular customer. It was probably pretty routine. But, from that small action, bigger things happened. While we don't always know what's going to happen, is there a way to be more tuned into opportunities that might not be so obvious at first? Pagan Kennedy at The New York Times wrote a great article, How to Cultivate the Art of Serendipity ›. It talks about how so many of our modern inventions were happy accidents.

Is there a way to be more open to the smaller moments and to recognize the bigger world that they may open up for us? While we now perceive serendipity as "luck", Kennedy's article goes back to the origins of the word which was more aligned to detective work and skill rather than something random. Some of the scientific research does indicate that there are people who tend to be more tuned into serendipity than others, tagged as "super-encounterers" in Kenney's article.

Whether science or whimsy, I like to think that I can stumble onto serendipity because it implies an openness to the world that I find vital. Working with our customers to resolve an issue they may be having, might mean trying a few different ways on a path to resolution, and being open to where that path may take us.

Some of the best things in life come from something as simple as making a sandwich for a customer. My friend describes her father as a "considerate, generous, and respectful" person.  Maybe he was also a "super-encounterer" open to the unexpected.

Soft Trac is a woman-owned business and accomplished team of nonprofit software consultants.  We believe in making nonprofits "do good" better.   For more information on any of the topics discussed in this blog or to learn more about the software products and services we offer, please  CONTACT Soft Trac.

Soft Trac is a consulting firm comprised of an accomplished team of nonprofit specialists with decades of experience. We help nonprofit organizations and governmental agencies identify and resolve their financial and fundraising operational needs.

This Web site is owned by Soft Trac, LLC. Soft Trac is independent from Community Brands (formerly Sage/ Abila), Acom, Microix, TeamNFP and is not authorized to make any statement, representation, or warranties or grant any license or permission their behalf regarding any product, service, or website content. Certain materials made available on or through this website are owned by our vendors and cannot be used without their permission.